The making of the Deluxe Pack

Back in 2006 a call went out by Steve Swann for scenario designs to be based around eight newly created deluxe-size boards. The boards piqued my interest – they were predominantly PTO style (heavy on the woods and hills) but open enough in some configurations to be suitable for ETO, too.

Having just finished the book, The Band of Brothers, I was keen to see what a simple scenario would look like and put one together based around the knocking out of the German battery at St. Marie-du-Mont. It turned out to be pretty fun, so I submitted it to Steve and waited.

A few months later Steve got back in touch to say that MMP had sadly rejected the pack idea and was returning the scenario design. I asked if there was a possibility that a third party might publish the pack, or whether Steve would take on the publishing, but he said no, it wasn't really something he would be wanting to do again. I offered to pick up the reins and he accepted.

The pack was in a rudimentary state. Steve had done a great job with the boards and seeding the idea. He’d pulled together 6 scenarios in various stages of play testing so I needed to see where to go from there.

I decided that to drum up some interest in the project I’d need some great art to impress the potential players of the pack. Turning to a good friend who I knew would love this type of challenge; I asked if he could turn the rudimentary VASL style boards into art-work that would be suitable to cover a table in. I expected he’d do one board and simply teach me how to do the rest, but when I saw what an amazing job he did I persuaded him to do the remaining boards, and I tweaked them as needed.

The board art has been shown on some forums, but what hasn’t been covered is the sheer detail and effort that’s gone in to them.

Take a look at this, our board d2:

Zooming in on hex B2, we see a pretty straight forward looking hill/path/woods hex. Here’s just some of the detail that goes in to making it look so good: 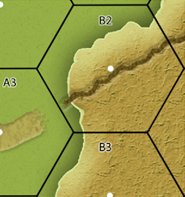 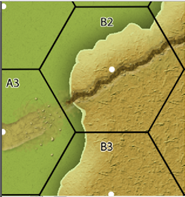 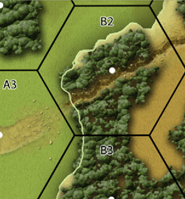 The basic hill, road/path are created, then added to this are some mud layers, rocks, ruts and finally trees, shading, and detail. And that level of attention is for every hex, for every board. It was a true labour of love!

Whilst the maps were being developed I was pushing for more scenarios. One of the problems with pack design that includes maps is trying to spread around enough scenarios so that each board is used enough. With 8 boards initially, and only 6 scenarios, it was clear that something had to change. I dropped one of the boards out and focussed on developing scenarios for the remaining 7.

A good response from the forums meant that a steady stream of submissions came in. With another of my designs, eventually I had the 12 I was looking for: 4 ETO and 8 PTO rounding out the numbers.

I’m really excited to see a three player scenario in the mix too – something we don’t see very often.

One scenario uses board E from Hedgerow Hell, but other than that, each scenario is self-contained (with the exception of counters, of course).

The boards have since been formally “VASLized” and that will facilitate the availability of a digital pack which will be sold through the Scenario Archive (it will contain just the vasl boards and PDFs of the scenarios). Purchasers of the physical copy are able to download the vasl boards too, of course.

During the production I was contacted by Matt Zajac who had an interest in making three dimension representations of the boards.  Here's how they turned out: 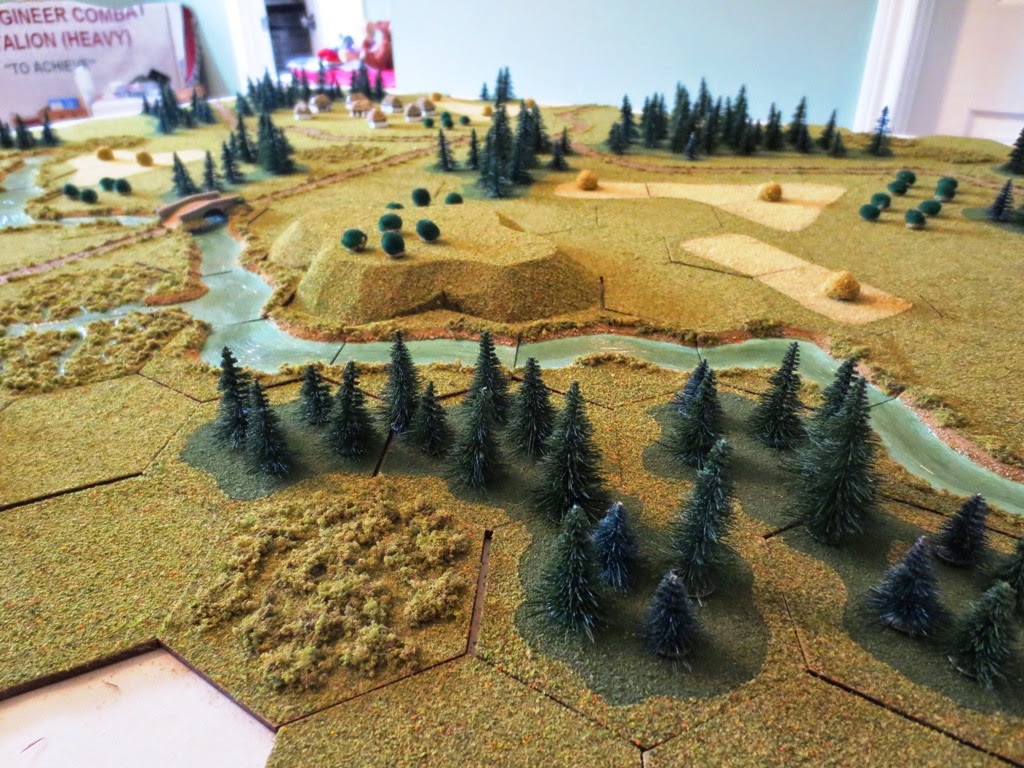 For the last few months of the project I focussed on play testing and communicating with the play testing teams around the world. I have 5 separate teams working on the scenarios, and I have to say that I’m always impressed with the efforts that a great play testing group go to. Different groups have
different strengths, but without them all, these scenarios wouldn’t be half as good.

With the pack in final development in 2013, the Intensive Fire 2013 tournament, thanks to Pete Phillips, held a mini tournament giving these scenarios a competitive setting.  Some important feedback came back and the scenarios were again tweaked and tested once more.

At this point I needed to consider how to print and publish the packs.  I contacted Le Franc Tireur and we came to a deal where they would publish on my behalf.  They did an amazing job, and the pack came out with a great amount of quality that I was really proud of. 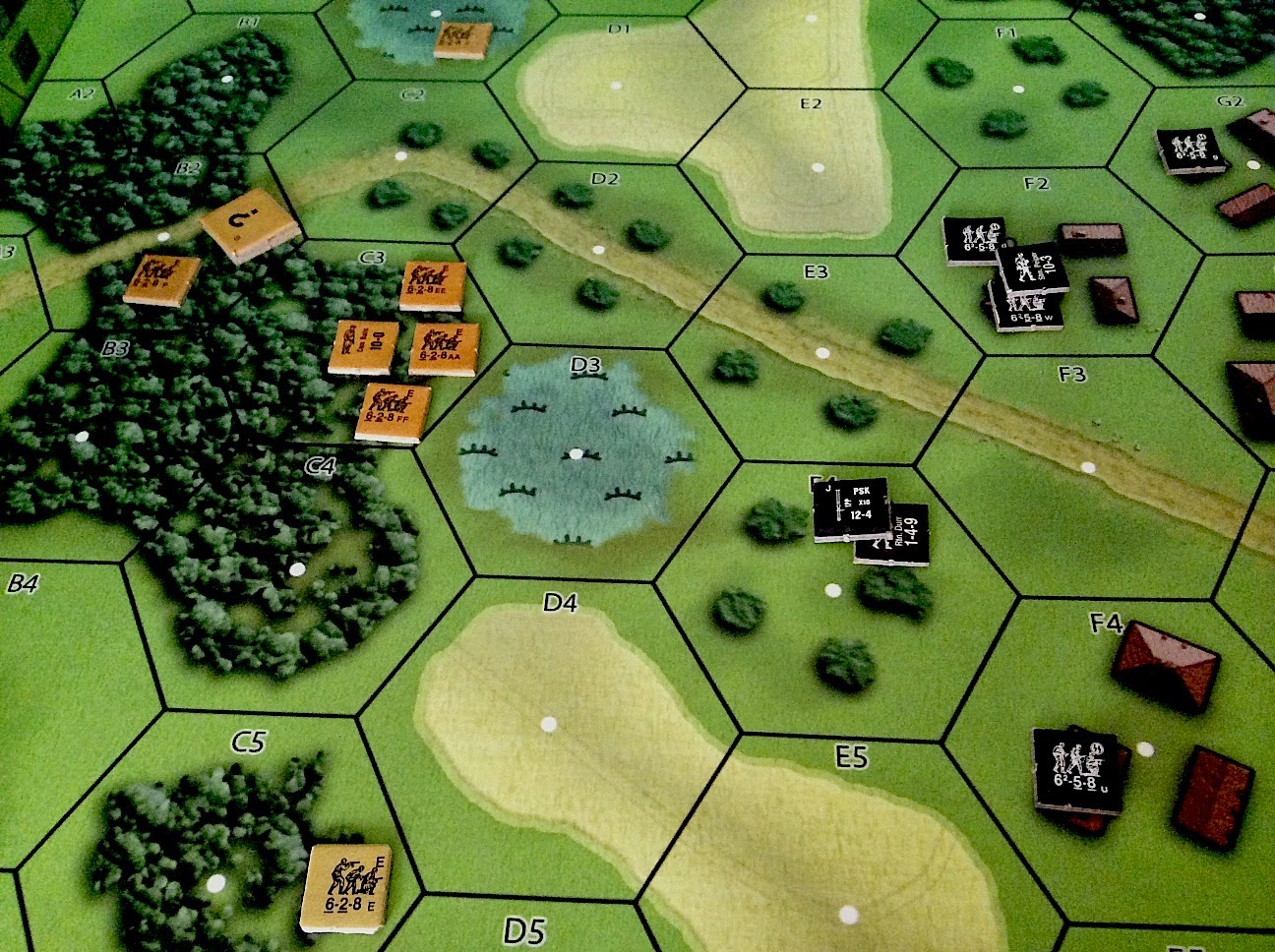 There's one print run only (so get them whilst they’re there!) and I'm just finalising now the last few copies that are going out to some key contributors.

As I've said elsewhere, I have so much more respect for the guys who actually produce more than one pack – it’s a tremendously large undertaking and one that we all probably take for granted.

Now my job is to "officially" play each one in it's finalised state, and report here how each one goes.

Copies of the pack can be purchased on the ASL Scenario Archive's online shop (http://shop.aslscenarioarchive.com), from the Gamer's Armory, or from Le Franc Tireur.
Posted by Dave at 10:31