Swimming with the Sharks

So, remember the first scene in Jaws. The little girl, singing the muffin man song.  That's me. The little girl, if I'd had my hair in pony tails and a little one piece swimming outfit I couldn't have been sharked worse.

Bret, the tournament director hooked me up with a keen looking Steve Pleva, who's only won ASLOK 6 times, so he obviously needed to improve his win-loss stats.

I went for a paddle and the results were predictable!

We played SP 195 (I don't remember the title - and it's not available yet on the archive - although to be fair the pack's only been out 2 days) - but it's a really nice setup where the French are pulling back with a bunch of tanks and have to exit one and get 7VP worth of squads in a stone building towards the edge they're exiting.

Steve showed just how good a player he was by rolling snake eyes on his first two dice rolls.  I could only nod in approval at his technique, and slowly realising where I've gone wrong all these years!

In truth, he didn't need good dice and I certainly had great dice winning every close combat I entered without losing a casualty in CC - but the result was never in question. He played like the expert he is and was an absolute blast to play against. 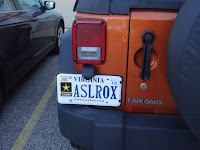 As we finished up, I was offered a game by Gary Fortenbury who'd smelt blood in the water - unfortunately for him JR Tracy had suggested a game minutes before.  Gary swam back undeterred (he'll get his win!) and we headed out for a bite to eat.

Being the great hosts they are Steve, JR, Jim Bishop took myself and Lars Thurring out to lunch at the local diner.